One of the more curious questions in the CON29DW is 3.3, which asks “Is any water main or service pipe serving, or which is proposed to serve the property, the subject of an existing adoption agreement or an application for such an agreement?”

While the option for a developer to lay sewers and have them adopted by a water company is longstanding common practice in the industry, the option to lay water mains is a relatively new one, and one that is not in widespread use. 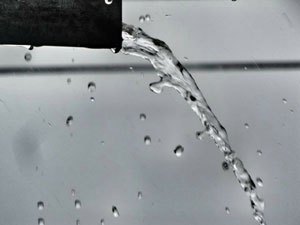 It works in a similar way to sewers (which are adopted under what is known as a section 104 agreement). With water mains, it’s a section 51a agreement (of the 1991 Water Industry Act, although the legislation wasn’t introduced until 2003), which allows a developer to lay a main, and have it adopted by the relevant water company. As with sewers, the main has to be constructed to a certain standard – specified by the water company – who will then adopt the main once they’re satisfied it meets their criteria.

As with sewers, prior to adoption, responsibility for the main lies with the developer. This means for homeowners, should any problems occur, it will be them, not the water company who are responsible for resolving them. The danger here is that, should anything happen to the developer (such as them going bankrupt), or they choose not to resolve the problem, homeowners could be left in limbo, with no company taking responsible for the mains.

With sewers, an adoption agreement is standard practice for laying new mains. With water however, it is currently extremely rare, with mains generally being laid either by the water company or an approved contractor (what is known as a ‘self-lay’ option). This ensures mains are laid correctly, and are the responsibility of the water company immediately.

Since the option to have water mains adopted was introduced in 2003, it hasn’t been taken up by many companies. It’s therefore extremely rare you’ll see this on a CON29DW. We’d always recommend making further enquiries with the developer should it occur.